Elgato Stream Deck Mini offers all of the functions and features of the Stream Deck but is cheaper and more compact. You can customize the six LCD buttons to suit your needs. It also supports multiple streams. It also has a user-friendly interface. You can control the volume and playback mode with ease and is more affordable than its full-scale cousin.

Up Deck allows you to control your video content and the volume. You can also start and stop external processes, display a countdown timer, and queue multiple animations. The app also offers a drag pad to manipulate objects on the screen. Up Deck is free, but it only supports Streamlabs’ OBS studio. This app also lacks the community interactivity of Stream Deck. 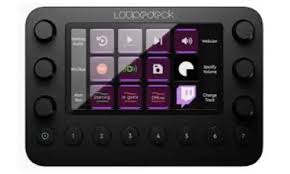 Another inexpensive alternative to stream deck is a USB number pad. Using a USB number pad and free key remapping software, you can set up a stream deck-like control pad for under $25. The downside is that it requires you to learn the functions of the keys. This isn’t ideal for those who just want to stream games and aren’t comfortable using a mouse.

If you can’t afford an Elgato Stream Deck, consider using StreamPi. This free streaming software is available for download from the internet, and it offers similar functionality for much less money. StreamPi is also open-source, which allows you to customize the software the way you want it. Furthermore, it has no limits and can be customized for your needs.

If you are on a tight budget, you can buy the Elgato Stream Deck Mini, but it’s a much smaller version with fewer customizable keys. Loupedeck Live is another affordable option that’s comparable to the Elgato Stream Deck XL and costs under $300. It comes with high-quality build and physical buttons and control knobs.

The other main difference between the Stream Deck and Loupedeck is the UI. Stream Deck has a simple, fixed UI, while Loupedeck has more customization. Loupedeck also includes preset profiles and plugins, which allow you to customize the app and save time. You can easily switch from one scene to another with the click of a button.

For those who don’t want to shell out money for a streaming deck, the ShuttlePro V2 is a great cheap alternative. It has a spring-loaded wheel that scrolls through footage, and 15 customizable buttons. This cheap alternative to the Elgato streaming deck is user-friendly, and is compatible with all major operating systems.