If you want to avoid ads and other features of Facebook, then you may want to explore Ello or MeWe, which are privacy-forward alternatives to Facebook. There are also decentralized platforms such as Vero and Friendica, which are peer-to-peer social networks. These alternative social networks have some notable differences from Facebook and Twitter. However, each one will serve a different purpose, and you should make sure to learn more about them before making a decision.

Ello is an ad-free Facebook and Twitter alternative that promises to be “completely ad-free.” Unlike Facebook and Twitter, Ello is free to use and does not include ads. The service will also allow you to manage multiple profiles from a single login. The site has received negative reviews for its design and user experience, but it has a positive message: Ello promotes a more diverse and inclusive social network. Brands and individuals are already signing up. In fact, co-founder Paul Budnitz has his own account on the social networking site for his bicycle shop. 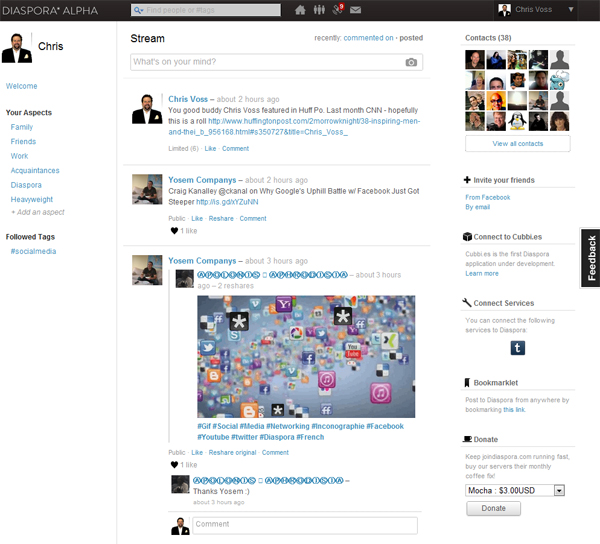 Ello’s popularity has been steadily growing over the past year. The company’s growth may be related to Facebook’s recent decision to require users to sign in using their real names, which has caused controversy in many communities. The site’s popularity has also been boosted by the news stories of disgruntled Facebook users. Currently, Ello is attracting as many as 40,000 new signups per hour.

MeWe is a new social network that is a privacy-forward alternative to Facebook and Twitter. MeWe is a California-based company founded by Mark Weinstein. Its mobile app lets you post and view information without having to be on the Internet. In a Series A round led by McCourt Global, MeWe raised $27 million. Previous investors also contributed $12 million. The company is now valued at $200 million.

MeWe is similar to Facebook, allowing users to give posts a thumbs-up, hearts, or smiley faces, and can also share posts to various feeds. It also allows users to create separate pages or groups. The design is user-friendly and feels similar to a turn-key website solution.

Vero is a decentralized platform

Vero is a social network that allows users to connect with their friends. Its app-based interface features a premium feel and stylish design. You can also use Vero to search for friends and make new connections. Launched in 2015, Vero has seen a massive increase in users since then. It was a niche app with only a few thousand members at one point in time, but a successful influencer campaign has helped it skyrocket in popularity. Moreover, Vero is open-source and aims to protect your data and privacy.

The creators of Vero have a clear vision for the platform. They aim to combat social media addiction and improve user lives. They also want to promote content creators and increase user engagement. Users are encouraged to earn Mind Tokens, which can be used to boost content.

Friendica is a peer-to-peer networking platform

Friendica is a peer-to peer networking platform that allows Diaspora protocol users to connect with other Diaspora protocol users. It also supports posting and reading comments from other social media sites such as Twitter and Blogger. The platform is also currently implementing ActivityPubprotocol, which enables connection between ‘federation networks’. Friendica’s users are called “participants,” and contributions to audiovisual material and code can be made.

Friendica has a similar structure to Mastodon and is composed of many smaller websites that connect through federation. These sites are called “nodes.” The site also connects to other social networks such as Diaspora, PixelFed, and PeerTube. This allows Friendica users to create new friends from these networks.

Angi is a platform that allows service professionals to advertise their business and gain leads. It also allows people to schedule and book appointments with them. It also allows them to get paid while maintaining an online profile. It allows them to control what potential customers see about them, while offering quantitative metrics to help them maximize their advertising efforts. It also lets them post photos of completed work and solicit reviews. It also offers push notifications when potential customers express interest in hiring a particular pro.

Angi was originally known as Angie’s List. Businesses could advertise on the website by offering deals to local consumers. However, to be featured on Angi, the business would need to spend at least $3,000 a year. The advertising allows the business to be featured on different pages, which gives it more exposure and potential customers.

TikTok is a growing video sharing platform that has become a viral sensation. While the service has received criticism, and the US government is considering banning it for violating its terms of service, it remains a popular tool for marketers. Fortunately, there are other options out there, and brands can benefit from a diversified approach to online marketing.

Lomotif is a video-sharing app similar to TikTok, but it lets you edit and customize videos within the app. It offers filters, emojis, and other effects. It also allows you to collaborate with other people by combining several videos into a single compilation. This makes it a very popular platform for vlogging. It also offers rewards for watching other creators’ videos and leaving comments.